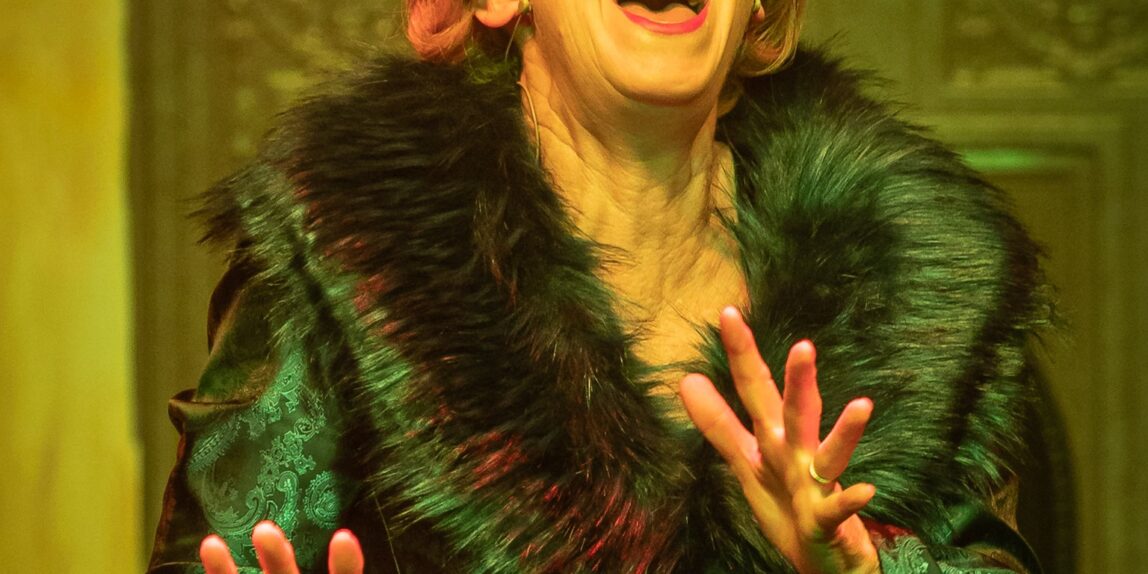 After the success of the Aurora choir Hugh and Hannah decided the time had come to restart the musical theatre scene within Huntly. There had been no local theatre groups within Huntly since the closure of the opera society over 40 years before. With so much talent in the rural North East there were easily enough people to put together a talented theatre company, and so Aurora Productions was born.

Aurora Productions put on their first production, Beauty and the Beast, in June 2012. This production gained wide acclaim and following the success of its first night then sold out four out of six of the performances. Containing a cast, crew and orchestra of around one hundred people, Beauty and the Beast really brought together people from all around the local communities. With its purpose built stage, lighting, scenery and costumes this was a production like Huntly had never seen.

In June 2013 Aurora Productions put on their second full scale production – Whistle down the Wind. With a cast made up of over 70 members that included a young cast of 30 children, Whistle caused quite a stir in Huntly with its expert storytelling and beautiful vocals.

Audience members have particularly praised Aurora Production’s professionalism and ability to create a show that would not have looked out of place in a full scale touring theatre.

Aurora Productions has a no audition policy to help encourage members who are new to musical theatre and everybody is welcomed. The production team work hard to try and make sure that everyone of all abilities manages to reach not only the high expected standard of the shows but the be personally the best that they can be.